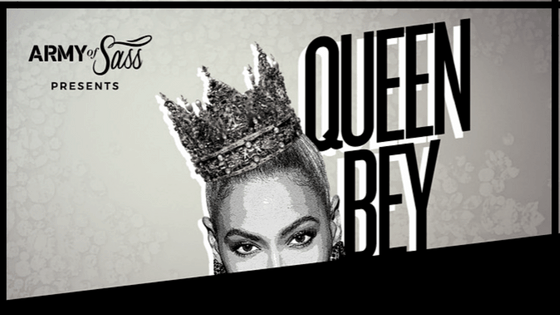 This June, 1000+ dancers across North America pay tribute to the original Queen of Sass- Beyoncé!

Click below to find a performance of “Queen Bey” near you!

ARMY of SASS™ is a training and performance program for people from all dancing levels to build confidence, gain physical strength while developing dance skills in heels. We train together for 10 weeks and end the session with a themed presentation showcasing our sassy new dance moves! Our spring session theme pays homage to the original Queen of Sass- Beyoncé!